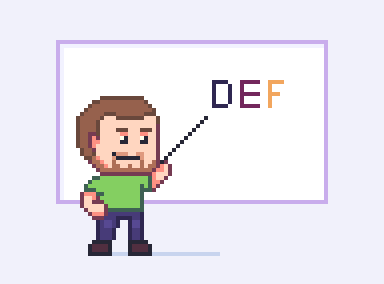 Glad to welcome everyone once again!

Today we continue our advice-related topic.

Imagine you have a great idea, but what exactly defines the main thing – without which it will simply be just a typical book, or just a regular movie? Today we will discuss the thing that makes the videogame at large – the game mechanics.

If we talk about games, the game mechanics is the most important distinguishing feature, which separates videogame segments from all other entertainment available today. The user does not only see the story unfolding right in front of his eyes, but also participates in it directly.

Speaking of mechanics, things are not so simple – because the videogame can actually exist without any plot or story, and be an ordinary implemented game mechanics.

It is important to understand that no matter what path you choose, make a story-based game with a minimal set of mechanics, either an action game consisting entirely of a mix of different mechanics, the main task of the developer is to organize a decent gameplay. The mere presence of game mechanics in the process is not enough for a game to receive feedback from the players, as this mechanics should be appropriate, help develop the story, or make the process of using it truly fascinating.

Top errors made during the mechanics implementation:

Developers often create mechanics to increase usuallly short gaming time, sometimes utterly forgetting that they do not create solutions for such mechanics. A perfect example is movement – in some games they make extensive locations so that players spend time moving across the game world. In this case you should not forget about the decision to give the player an opportunity to get either a quick travel option or a device to reduce this process after the first walk – otherwise it will cause a negative game experience.

Quite the reverse case, when an author came up with a huge mountain of mechanics, and wants to use them all at once. There will surely be a problem of a complex architecture process – as it will set a very high threshold for entering the game, and that may limit the audience. The second issue is that some of these mechanics may be needless – such as when you have a specific ability or an item and only use it once during the whole game.

Developers can introduce a mechanic unsuitable in genre or style at the creation stage, sometimes it will be a discovery for game devs, but more often they confuse players just leaving a bad impression. As an example, this may be an introduction of RPG features into action games and shooters – sometimes it is really fresh and well done, but there are often instances where it simply does not make sense.

The same story as with the game plots, it is unlikely to think of something that goes beyond the border and is already invented. Do not try to invent something outstanding, it is simply not needed here. Instead, try to get acquainted with all the fresh mechanics possible, play games of the genre that you want to utilize. Perhaps the best way would not be the introduction of an original mechanic – but the order, or the method of their application. You can take platformers as example, where they sometimes began to use past unsuccessful attempts to pass the level as the core element of the gameplay – this is when you can use your dead avatar as a platform or shield.

There is no direct answer to this, as the game can be excellent with only one, and may be disgusting with even a thousand. The most important thing you need to understanding that the game is primarily a process, it includes everything: graphics, plot, sound design – it all works together, and the catalyst for all of this is game mechanics, forcing the player to perceive the created atmosphere. Think about it for a moment – it will be weird to see the game mechanics about knitting fused with heavy-metal music and followed by acid colors! Do remember that the well-designed process and the timely use of all parts are vital, and the quantity is secondary here.

Try to avoid overcomplicated mechanics, as it will be difficult to work with them later – especially if they are tied to all the other game mechanics. And if you have to correct the bugs, or the balance, it can make a lot of problems later. However, it is better to find the most simple and elegant solutions for the future.

Thank you for your attention, I hope these tips will be useful to you!